The effectiveness and efficiency of CEFTA 2006, even after almost a decade and a half, are far from utilising the potential. Member States act more as competitors than as partners, manifested by a significant number of formal and informal non-tariff barriers. There is no true will to fully exploit the potential offered by the free trade zone. This is also reflected in the low utilisation of financial resources envisaged for joint cross-border cooperation projects of IPA I and IPA II funds. All countries focus their international exchanges through trade with the EU, and intra-CEFTA trade is focused only on exports. The EU is making efforts to connect more tightly countries by supporting mini-Schengen project for Western Balkans. The paper will try to answer the questions: what economic benefits can the mentioned model bring and is politics a significant obstruction? The comparative regression analysis of the impact of the exchange of goods and services on the economic development of the member states for CEFTA 1992 and CEFTA 2006 will be presented in the paper. The analysis will be done by using the SPSS statistical program.

Association of Economists and Managers of the Balkans – UdEkoM Balkan
179 Ustanicka St, 11000 Belgrade, Republic of Serbia 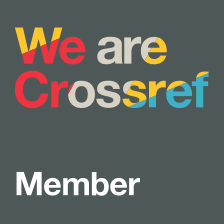